Last time, I said, amongst other things, that I believe that Jesus is about life, not death, that Jesus lived to show us how to live and, through that living, bring us closer to God.  There was more - there always is - but my point was that this belief is one of the lenses through which I understand The Lord's Prayer.  It's a living prayer, for life.  This life.

I mention that again because it's not the only lens, of course.  We all have many lenses through which we see things, that frame and shape how we understand and act.

I, for example, like bread.  A lot.  My wife does, too.  She says that she could live just fine on cheese sandwiches.  (I'm optimistic that she really likes bread and cheese, not that my cooking leaves something to be desired.)  And that's gluten-free bread, too, which is not always as tasty as one might hope.

But I like a good whole wheat.  You just can't beat a freshly baked loaf of whole wheat, fresh from the oven.  It's practically a comfort food. 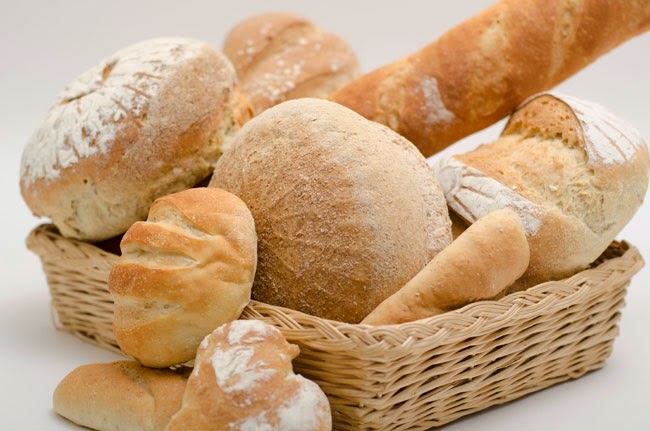 How lucky some are to be able to think of bread that way, with an appreciation, a sense of thankfulness for something abundant, enjoyed abundantly.

But not everyone sees it that way.  Many in the world wonder if there will be any food at all on their table today.  Their daily experience isn't abundance, it's survival.  Most certainly the first century listeners hearing Jesus pray "give us this day our daily bread" would have felt that way, too.  Their's was less likely a prayer of thankfulness they knew would be fulfilled, but rather a prayer of desperation and an intense longing for the security of "daily" bread.

I think these would also have been people who understood "daily bread" with the unique perspective of the exodus experience.  Hungry in the wilderness, God fed those freed from slavery in Egypt with manna, bread from heaven (Exodus 16:1-36).  This bread came daily and "morning by morning they gathered it, as much as each needed," and only what they needed for each day.  Any they tried to save went rotten, except on the sixth day when they collected enough for the sabbath also.

God provides what we need.  That in itself is often a difficult thing for us to discern, but we must do so and be prepared to do so with the same sense of equality the Israelites experienced from God.  There was enough for each according to their need, no more and no less, and those who could not gather were provided for by those who could.  So the story reminds us what's important: according to our need, that we are all equal in need and that our participation is required.

Yes, our participation is required: we are responsible for the sharing that cares for all, equally and in their need.

The earliest Christians had a little trouble with that.  Paul wrote to the Corinthians about a problem he heard the community was having (1 Cor. 11:17-34).  It seems their gatherings would include a communal meal as well as a celebration of the eucharist, but the rich ate with the rich and the poor with the poor and those who could bring nothing ate nothing.  Paul points out that this is wrong, and not with any subtlety, and reminds them of the unifying equality of the eucharist itself.  The bread and wine, symbolizing the body and blood of Jesus, is shared equally, as it is, by all.

We are so tempted by desire and tested by fear.  Bread, according to Matthew and Luke, was the first test for Jesus in the wilderness.  He's hungry and the devil tells him to make the stones into bread.  But Jesus answers that one doesn't live by bread alone, but with God also.  We need both physical and spiritual nourishment.  Not just one or the other, but both.

In that story, by the way, Jesus is quoting another story, a reminder in Deuteronomy of those days wandering in the wilderness when God fed the Israelites with bread from heaven.

"Give us this day our daily bread" isn't just a request.  It's a reminder to be thankful, to discern our needs before our desires and to not fear sharing so that all may have what they need.
Posted by RevRob at 22:25 No comments: