It used to be so much simpler, didn't it?  Life.

And by "used to be," I mean those biblical days when the world was flat, you could fall off the edge of it and the sky was a big dome, above which God lived.  The rules were simple, if many, very black and white (or carved in stone, I guess, would be a better expression) and ruthlessly enforced. 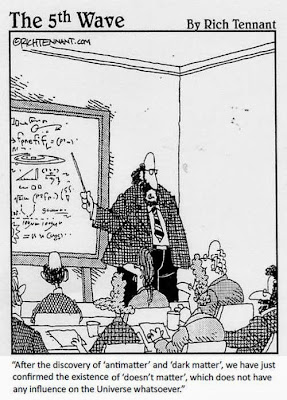 But we wondered.  And we figured out the sun was more than a light in the dome God switched on and off, and stars were other suns and the earth turned and moved around the sun and there were other planets and, oh, by the way, the earth was round.  And we figured out how to measure things beyond what we could see and we began to wonder about the universe and how vast it was.

Here's a really cool thing.  A couple of weeks ago, NASA announced that, sometime last year, the Voyager 1 probe became the first human made creation to leave our solar system.  Kind of.  They think.  That far out, it's harder to figure where the edge of the solar system is exactly, but they're pretty sure that Voyager 1 has passed into interstellar space, the space between stars.  That's 11 and a half billion miles from our sun, give or take a mile.

Also last year, scientists managed to take a picture, using visible light, of the smallest thing ever: the shadow of a single atom.
What a great year for science.  We demonstrated how vast and how tiny the universe can be.  All in the same year.

Like I said, it used to be so simple: God was "up there," just on the other side of the dome, watching over us.  Heaven was above, hell below, and everything had its place.

Then, as we got smarter and the world became more complex, it seemed like God was just getting further and further away, both metaphorically and experientially.

But, God says, here I am, one of you.  And Jesus teaches us how to find God in each other, in creation and in the relationships that connect us, living in the great web of life.

God is both big enough to fill the universe and yet small enough to fill our hearts.  God's love is great enough to be for all and yet it is best expressed in how we share it with each other.

We may seem to be insignificant in relation to the size of the universe and yet we are each significant to God.

And Google, apparently.  A friend of mine who uses the Night Sky app on her phone, posted this on Facebook the other night: "I opened my Night Sky app tonight and I got this message: 'Night Sky is calibrating the Universe to your location.'  Guess I'm not so insignificant after all!!"

That's the paradox isn't it?  While we are perhaps like the shadow of a single atom in comparison to the universe, we are nonetheless one of those very atoms that connect together to create it.  Thank you, God. 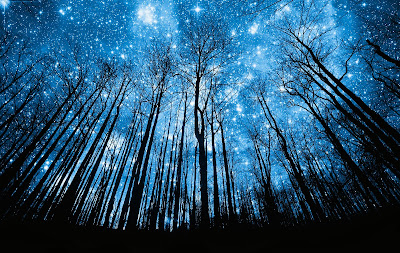