There's so much in the gospel reading for the second Sunday of Advent and I seem to keep coming back to the very first verse, the opening verse of the Gospel of Mark: "the beginning of the good news of Jesus Christ, the Son of God."  Actually, I'm not even getting past the first two words.

Mark then introduces us to John the Baptist who introduces us to Jesus - the very adult Jesus - who is the one for whom we must "prepare the way."  There's no birth of Jesus story, Mark cuts right to the chase: here's "the good news" (that's literally what "gospel" means, by the way), here's Jesus.

But three weeks before Christmas, shouldn't we be preparing for the birth story?  We're hearing this in Advent because Advent isn't a chronological season.  It's about preparing for the Jesus who has come, is coming now and will come again.  That's why we can hear about what will happen when Jesus returns (last weeks' gospel), how Jesus ministry is introduced by John, and how Jesus comes to us again this Christmas.  And how the angel Gabriel visits Mary … on the Sunday before Christmas.  It doesn't need to be in real time because it's part of a story whose meaning is timeless.

But back to "the beginning."  There's something else in that.  It's not just about being the beginning of a text that ends (rather abruptly) sixteen chapters later with a rather open-ended ending.  There's no "The End."  It's about the beginning of something that is still going, still growing, still preparing a highway for God (Mark 1:3).

It reminds me that we are constantly at the beginning, the beginning of something new.  This isn't the same Advent as before, or the same Christmas or the same December.  Sure, there may be things that feel or look similar, but they're not the same.  Every moment has the potential for a new beginning.

Now lets add the rest of the sentence: "the beginning of the good news of Jesus Christ."  Let's add John's call to be ready, to make the pathway ready for Jesus to come, to repent and turn to follow that path with Jesus.  Every step becomes a new beginning.
Posted by RevRob at 11:57 No comments:

Every Advent, I remember a sign I used to see as a child.  We lived in the east end of Toronto and every time we went downtown, we'd pass over the Don River near the lakeshore and this sign would appear over the edge of the rail, proclaiming in bold red letters "Christ is coming!  Call Jim" and there was a phone number underneath.

It was actually on the roof of an evangelical church.  I never called the number myself, though I heard if you did, there was a recorded message about going to Jim's church.  Hearing that was a little disappointing: I just assumed that Jim knew when Jesus was coming.

The sign was there year round.  For years it was a landmark.  I hope Jim got lots of calls because he's right, Christ is coming.  And not just metaphorically because December 25th is, too.

The earliest followers of Jesus believed he would return, that they would "see ‘the Son of Man coming in clouds’ with great power and glory" (Mark 13:26).  All that cool apocalyptic stuff was going to happen when Jesus returned and his return was imminent.  As in "in my lifetime" kind of imminent.  After all, Jesus said he would come again.

But that's not what happened and many started to believe that maybe they hadn't clearly understood what he meant (how often does that happen?).  And they came to believe that "about that day or hour no one knows … beware, keep alert; for you do not know when the time will come," as Mark's Jesus says (Mark 13:32), not just for your lifetime, but ever. 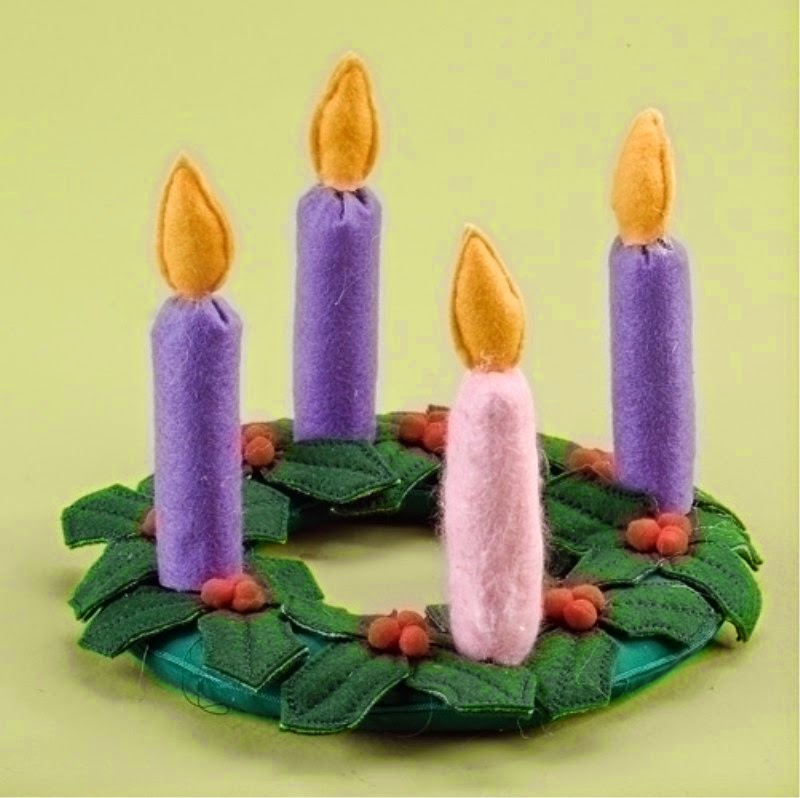 So Advent is a time of preparation and expectation for the commemoration of the first Christmas and the anticipation of the second coming.  Seems like Advent should be more than four weeks.  If Jesus may appear at anytime, we're really an Advent people all year.

Well, yes, I think we are.  The season of Advent is an opportune time to focus that sense of expectation with the celebration of Christmas.  Advent also begins the church year, so there's the added sense of new beginnings and new life.  But really the end of the world could come at anytime, right?

Whoa.  There's our little problem with this whole impending apocalypse, second coming thing.  Our focus always seems to be on the dark side of the apocalyptic part, the end of the world, the battle with evil, horsemen, scrolls, destruction and death, the end of all these things we live with that are so important to us.  It makes for great television and movies, no matter how wildly interpretive and inaccurate, it sells books and puts fear into people.  But I don't believe that Jesus was ever about the end of things, he was about beginning things.  New life.  New relationships.  Resurrection.  And no matter how hard anyone tries to suggest that there is any doubt about the outcome of the apocalypse stories, there isn't.

New worlds are born when others end.  The new world promised by Jesus is nothing less than the kingdom of God.

Perhaps another little problem is scale.  Our days are filled with moments in which God tries to break into our lives, moments when we might see Jesus standing with us or helping us up when we fall or leading us when we get lost.  Again from part of Mark's gospel called the "little apocalypse" (Mark 13), Jesus says “from the fig tree learn its lesson: as soon as its branch becomes tender and puts forth its leaves, you know that summer is near.  So also, when you see these things taking place, you know that he is near, at the very gates."  Are we seeing the right signs?  Or are we trying so hard to look for something grand and epic, a moment worthy of the 3D Imax screen, that we miss those little moments that are so important, those little moments of new life and new beginnings.  So small they might fit in a manger.

Perhaps we are an Advent people all year long.
Posted by RevRob at 22:18 No comments: