The Way is LOVE, damn it!

Most pastors (ministers and priests, too), sooner or later, are asked to tell their "call story."  That's simply the story of how they came to feel called to be a pastor (or minister or priest).  Actually, "simply" isn't the best word there, because the stories are rarely as simple as hearing a heavenly voice saying "come and follow me."

It seems it was for the disciples, though.  Whether it's Jesus calling the disciples by the sea to "come follow me," or John's telling of the story where Jesus invites the first disciples to just "come and see" what he's doing, there's a pretty clear invitation.  And maybe some pastors feel that way.

Not for lots of us, though.  For many, it's more like the call of the prophet Samuel.  As a child living in the temple, Samuel hears a voice calling his name.  He thinks it's Eli, the high priest, and goes to him, but Eli says no, it wasn't him.  After this happens three times, Eli realizes who's voice Samuel is hearing and tells him how to respond.  So when Samuel next hears the voice, he answers "speak, for your servant is listening."  And God does.  God has some difficult stuff for Samuel to do and it begins right away with having to tell Eli some bad news.  God calls, it takes Samuel a few tries and some help to figure it out, but then the work - the hard work - begins.

Well maybe there is a little more similarity with the disciples.  Whether invited by Jesus to come and follow or come and see, the disciples followed first.  They learned from Jesus and got to know Jesus and what all this "good news" was about.  It was a journey, with lots of questions, doubt and struggle, and lots of help, before they became leaders.  Oh, yeah, and the Holy Spirit helped, too.

I think where this is leading me is that following the way comes before leading people on it.

Last week, with the story of Jesus' baptism, I suggested that we are all, as Jesus was, beloved by God.  God is "well pleased" with each of us in the sense that, since we all come from God, God knows us and is happy with us just because we "be."  I further suggested that the power of the Holy Spirit comes alive in us when we realize that, that we are loved by God, and start to share that love with others.

Now, follow the embodiment of that.  Jesus.  Or, for that matter, any other great leader who lives love and shares love.  Martin Luther King Jr. or Mother Theresa or Gandhi in the last century.  The Dalai Lama.  Pope Francis.

Yes, Pope Francis.  I'm not Roman Catholic and I don't have to agree with everything that he says to see that he models the love of God.  I'd add the current Moderator of the United Church to that list and some ministers, priests, rabbis and imams and just ordinary people that I've known that followed the way. 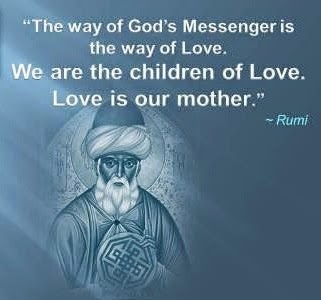 Not one of them will tell you that their God wants them to kill, maim, hurt or destroy anyone or anything.  Except maybe poverty or hunger.  Not one will tell you that God wants you to hurt others in God's name.  I believe that's because God loves.  When we listen for God's voice or wonder where God is, that's what we should be listening for or looking for.

We should wonder more often whose voice it is we are hearing.  Is it God?  Or is it our own frail, fearful human voices.  Is it God we are following or is it the very fallible and very human-made religion or institution that we've built up around God, the very walls of which keep us from hearing God's call.  The call to love.

Terrorist, fundamentalist, crusader, of any stripe, I believe you're mistaken if you claim to act in the name of your God, whatever you call God, or even if you call it "right."  You may be acting in the name of your religion, but that's not the same.  And I don't believe that God is "well pleased" with your religion.  Not at all.
Posted by RevRob at 20:41 No comments:

Well, you are.  You, whoever and however you are, are beloved by God.  Yes, you are.  Hold on to that thought, I'll be coming back to it in a minute.  But you should hold on to it longer than that because it's true, God loves you.  Really.

This verse from the Gospel of Mark comes from the story of Jesus being baptized in the Jordan river by John, the Baptizer.  It's, quite literally, the beginning: Mark begins with John and Jesus first appears when he comes to John to be baptized.  It's very straight forward: "In those days Jesus came from Nazareth of Galilee and was baptized by John in the Jordan.  And just as he was coming up out of the water, he saw the heavens torn apart and the Spirit descending like a dove on him.  And a voice came from heaven, “You are my Son, the Beloved; with you I am well pleased.” 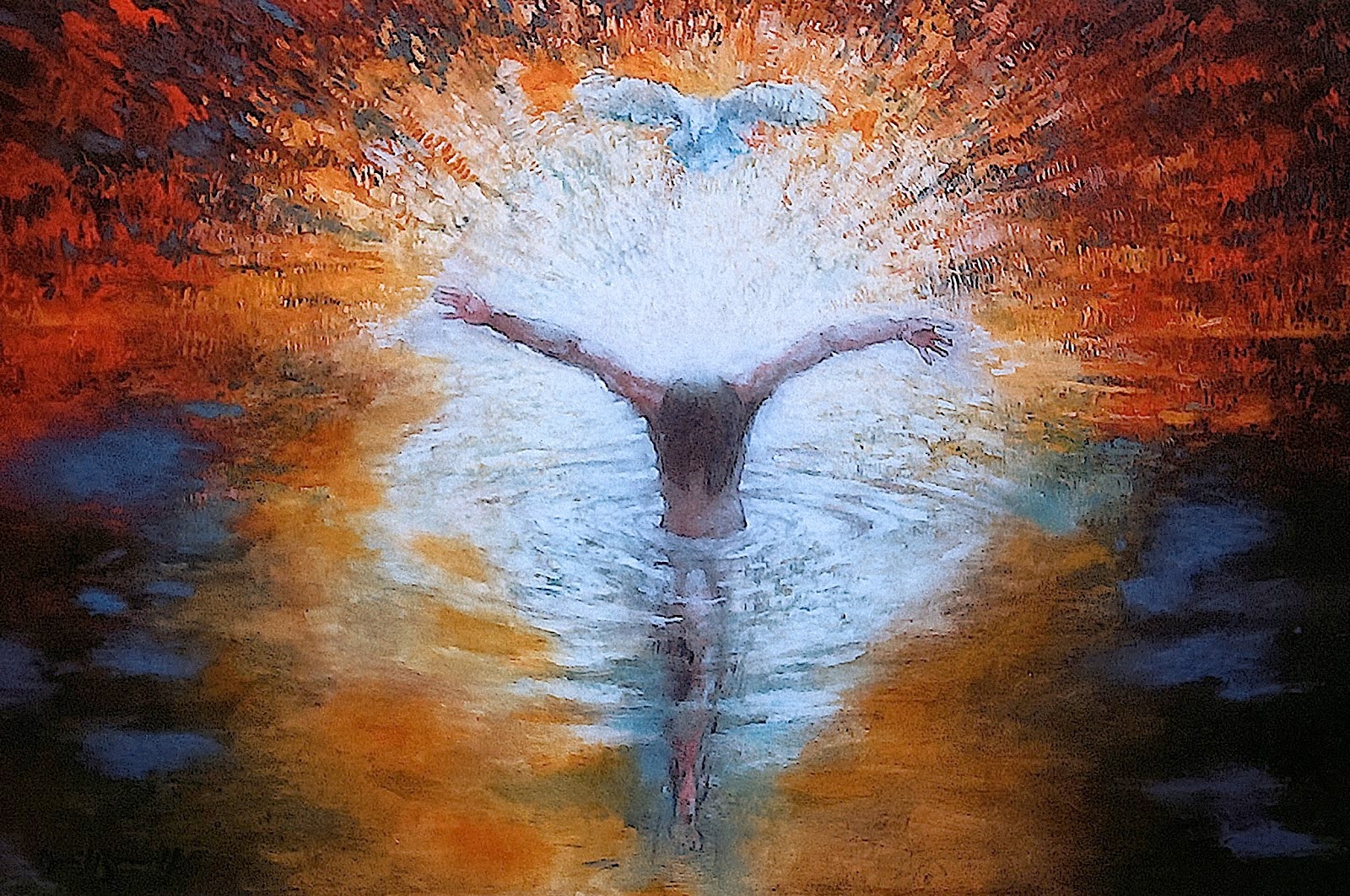 John had been calling people to repent and be baptized in preparation for Jesus.  John's baptism was a washing away of an old life, a sign that people had turned away from sin and back to God.  But, as he reminded people, it was only that: "I have baptized you with water; but he will baptize you with the Holy Spirit" (Mark 1:8).

But Jesus' baptism changed things.  It was the foundation of his ministry.  Immediately after being baptized, Jesus goes into the wilderness (we'll talk about that in Lent in a few weeks) and then on to Galilee to begin his ministry.   There was something different when John baptized Jesus.  "You are my son, the beloved; with you I am well pleased."

I wonder if this isn't how we might begin to understand the baptism of the Spirit.  Not a baptism of repentance, but an awareness of something - something different: you are beloved by God and God's joy is with you.

Perhaps that's why Mark begins here, because it's - literally - "the beginning of the Good News of Jesus Christ, the Son of God" (Mark 1:1).  Jesus is not just aware of God's love and God's presence, but begins to put that into action, into ministry, in his life.  Jesus lives out his baptism.

We, too, are beloved by God.  So much so, that God came to us as Jesus.  Not so much that we would worship Jesus, but that we would learn to be like Jesus.  The baptism that we observe now, as a ritual, is a sign for us of that beginning.  But the true baptism of the Spirit is that moment of welcoming the awareness that we are beloved, that God is with us, and that, in our life, we will endeavour to live that out with others.
Posted by RevRob at 20:30 No comments: