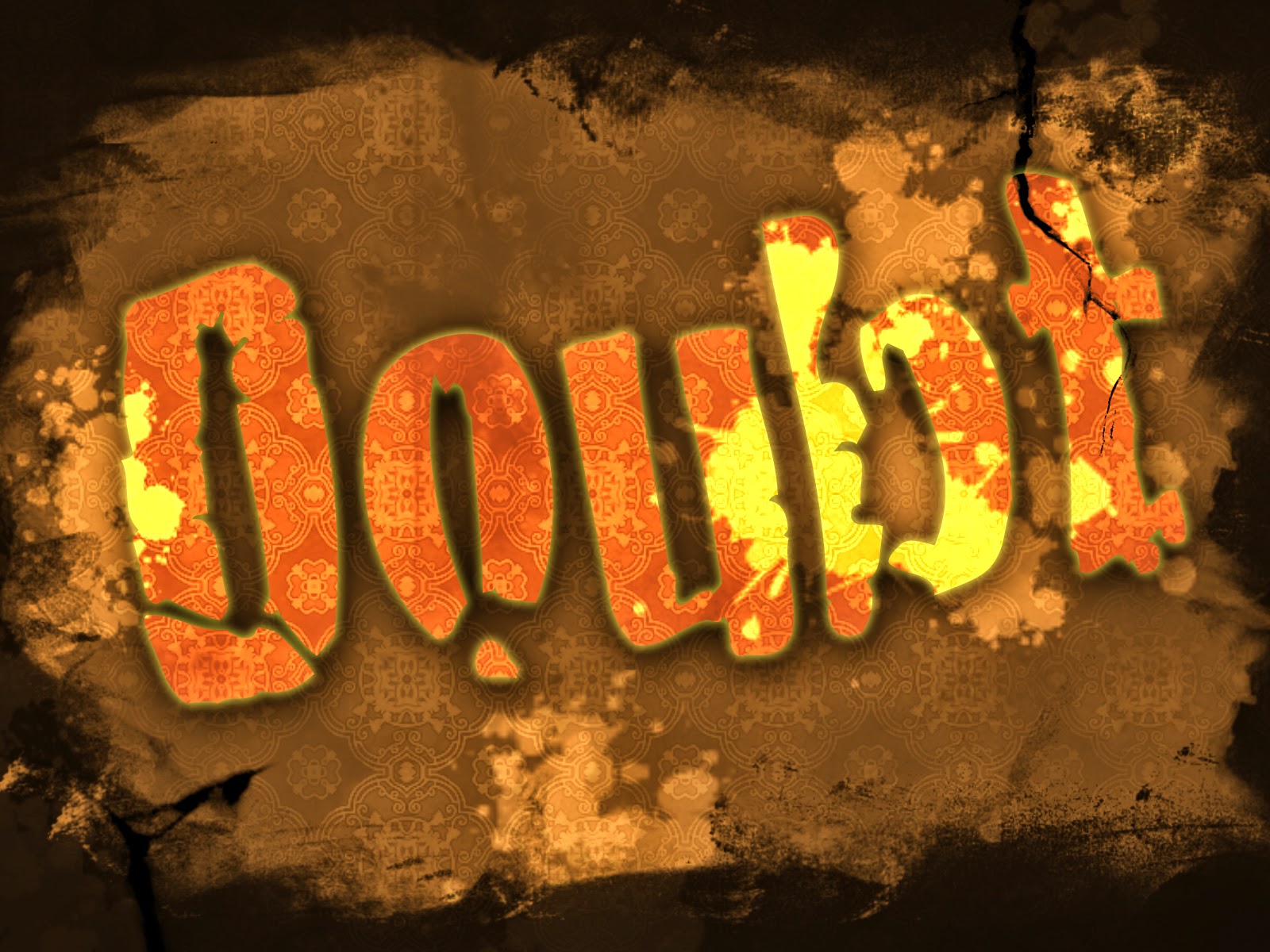 In the days and weeks after that first Easter morning, the gospels tell stories of Jesus appearing to people, showing them that he was truly alive.  Each story has its own “recognition” moment, especially the story about Thomas, the disciple who wouldn’t believe until he had proof.

I'm not doubting the text, but I wonder just what it is that he will not believe.

Thomas wasn’t there when Jesus first appeared to the other disciples.  And when they told him they had seen Jesus, he refused to believe them.  He needed to see Jesus for himself, touch the wounds of his death and hear his voice.  And when he does, he acknowledges Jesus as “my Lord and my God!”  “Blessed are those who have not seen and yet have come to believe,” says Jesus (John 20:28-29).  Encouragement for us all.
Poor Thomas.  He quickly became known as Doubting Thomas.  But, hang on, what is it exactly that he doesn't believe?  Their story that they'd seen Jesus?  Because none of the other disciples believed it had happened either, it seems, until Jesus appeared to them.

Each of the gospel stories include this feature of unbelief until Jesus appears.  So why single out poor Thomas, the Doubter who was not strong enough to believe?

Wait, that's wrong.  It should be, why single out brave Thomas, the Questioner who was strong enough to wonder?

Thomas wondered how it could be that Jesus was physically alive.  Just like Thomas wondered earlier in John's gospel about where Jesus was going.  In the well-known passage in which Jesus tells the disciples that in God’s house are many dwelling places and that he goes ahead to prepare a place for us, he tells them that they know the way.  It’s Thomas who says no, they don’t, and asks Jesus “how can we know the way?”  He replies “I am the way, and the truth and the life” (John 14:1-7).

I wonder where Thomas was when Jesus appears to the rest of the disciples who are hiding in fear behind a locked door.  Why wasn't he with them?  I doubt (there's that word again) he went for groceries.  The gospel doesn't say, but I like to think he was the only one brave enough to be outside, trying to find out what was happening.  And why was it a whole week before Thomas was with them again?  I like to wonder if maybe he was out talking to people about Jesus, getting on with living the life that Jesus had taught him to live through his own life.  Maybe Jesus was already alive for Thomas.

I don't think that questioning their story - that Jesus might be physically alive - moved Thomas away from Jesus, but closer to him, closer to the Truth of what Jesus was about.  When Thomas questions, it prompts wisdom and truth from Jesus that brings us closer to God, too.

And isn't that the point?  Like I said, it doesn't say much in the story about Thomas or what he was doing.  But what is revealed to Thomas, and to us, is that essential truth: "blessed are those who have not seen and yet come to believe" (John 20:29).

The message of Easter is that Jesus is alive.  Do you believe it?  Why?

Is it because the Bible tells me so?  Because it does and, to quote Anna Warner, it also tells me that Jesus loves me and that Jesus teaches me how to live fully and wholely.

Is it because we can see Jesus alive in the people around us and in their relationships with us and others?

Is it because we know Jesus is alive in ourselves?  That's often the hardest one to embrace - Jesus loves me, yes, but Jesus is in me, too.

Is it because Jesus is alive, as the Word is alive, as God is alive in what is true and genuine: love, grace and compassion for all?

Death is not the end

My sisters send Lori and I cards for most every holiday and our birthdays.  They're good at that.  They remember stuff like that.  And they find the best cards ever, always funny or beautiful, always appropriate.

We just got their Easter card.  It's crazy funny (if you have a sense of humour like mine …).  The card was great, but what they wrote on the inside was even better: "some cards are worth repeating, like Easter itself!"  They thought that they had already sent this one sometime in the past, I guess.  I certainly didn't remember it, but, like I said, they're really good at this card thing.

Or they knew that I'd appreciate the deeply insightful theological commentary that's right in tune with my thinking this Easter.

It's worth repeating.  Oh, yes it is.

Let's put aside the chocolate, the eggs, the bunnies, the big dinners, even the great cards, for a minute.  You know, all those things that we use to celebrate "The Day" we call Easter.  Let's tell the story.

Only days after being welcomed to Jerusalem by adoring crowds, Jesus is suddenly, shockingly, unbelievably dead, killed in a cruel and humiliating manner.  His closest followers are in hiding, fearful for their own lives, grieving the end of their life with Jesus.  But it's not the end.  After the sabbath, Mary says she's seen Jesus alive, others say the tomb was empty and then Jesus appears to all the disciples.  He's alive, just as he promised.  And Jesus' followers tell the story and share his teaching - his life - with everyone they can.

There's more to explore in the story, there always is.  But this is the part that most bears repeating: death isn't the end of the story.  The disciples certainly thought so.  So did the Jewish authorities, the Roman authorities, the crowd that called for his death - everyone who thought about it at all, thought is was all over.  Jesus was dead.

But death isn't the end of the story.  The power of the resurrection story is that there was death and it wasn't the end.  That bears repeating, just as it is, because by knowing what "was" in the story, we know what "is" in our lives. 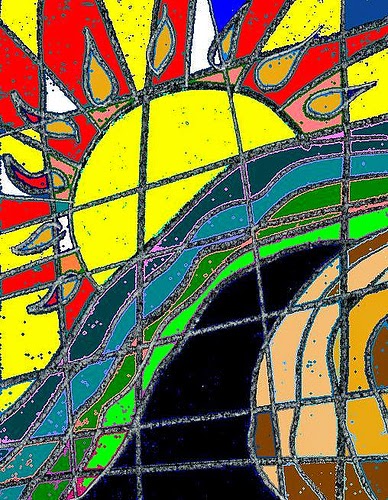 Jesus says "I am the resurrection and the life" - am, not just was or will be - and offers life in, and after, each of those life challenging and life changing moments.  In our own moments of "crucifixion," we find life rising out of death.  Or loss or sorrow or grief or fear.  Jesus shows us the way to new life, not just in his death and resurrection, but in his life.  Life comes from living as Jesus taught us to live.  That bears repeating, too.
Posted by RevRob at 21:43 No comments: