Now hang on a minute.  If you already know the story of Jesus raising Lazarus from the dead, you might find that thought silly, if not downright offensive.  But if you haven't read John 11:1-45, or you're hearing it for the first time, and you're a child of this era of Night of the Living Dead, Zombieland, The Walking Dead or even Shaun of the Dead, you might be tempted to hear it that way.

Or even Jesus.  Yes, I know.  But not that long ago I had a conversation with a young man who insisted that the story of Jesus' resurrection reads pretty much like he was a zombie: body was gone from the tomb, he's seen walking around and he still has the wounds of his death.  I'm pretty sure he was kidding.  Though, I'm a little concerned that he thinks zombies may be real…

Still, the story of Lazarus challenges us a bit.  He was dead, now he isn't.  Even his sister Martha wondered about what condition he was in, saying - in a way that only the King James version can - "Lord, by this time he stinketh: for he hath been dead four days."  But Jesus calls him out and tells them to unwrap him from his burial clothes and let him go. 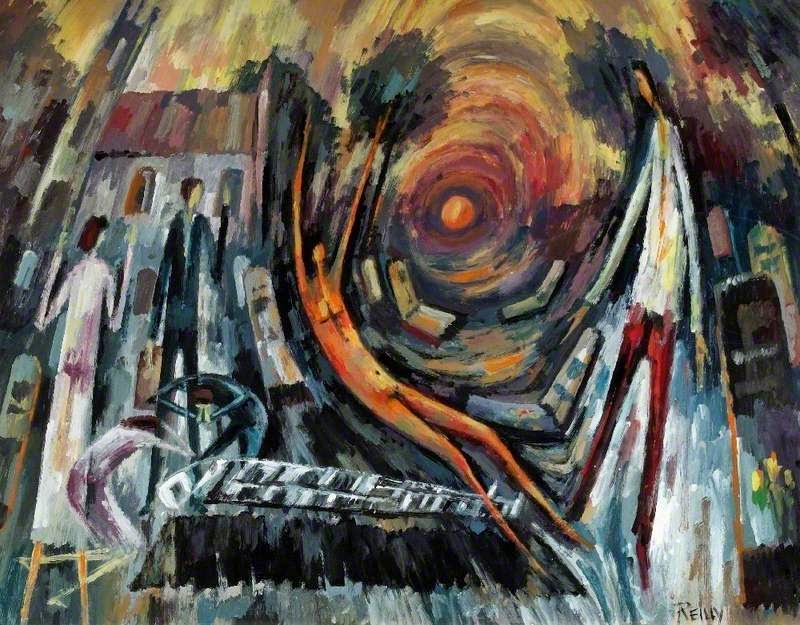 There was a crowd that saw what happened and this is the point, according to John, that the pharisees decided Jesus must die.  Not just Jesus, Lazarus too, because people want to see this guy who was brought back from the dead.  And that's attracting attention to Jesus.

And how could he not?  He was dead and buried.  He even "stinketh."  And yet, here he is reanimated, having dinner with Jesus, John says.  What is it that zombies eat, I wonder?

Yes, yes, yes, you say, I know, I've heard all this before.  And yes, you have.  Perhaps.  But that's precisely the point of this moment in the story of Jesus: no one had heard this before.

Think about that for a moment.  Sure, everyone knew the idea of the resurrection of the dead, eventually.  It's one of the things that divided the hebrew leaders as pharisees (yes, there was) and sadducees (no, there wasn't).  But this isn't that. "Jesus said to her, 'Your brother will rise again.'  Martha said to him, 'I know that he will rise again in the resurrection on the last day.'"  Yes, of course, that's precisely what she knows.  But then Jesus says "I am the resurrection and the life.  Those who believe in me, even though they die, will live, and everyone who lives and believes in me will never die." (John 11:23-26)

Here's Jesus again saying "I am."  This isn't something for the future, it's something for now.  Jesus brings life - now.  That's new.

Is it still new for us?  And if it isn't, how will we tell this story that we might understand how "new" it always is?

Maybe thinking about zombies for a minute isn't so silly after all.  Think of how many people might better understand that simply being "un-dead" is not the same as living.  The life Jesus brings is full of love and grace and compassion.  It embraces everyone for who they are and everything with the respect every created thing deserves.  It's a life of wholeness and fullness.  It's alive!
Posted by RevRob at 22:52 No comments: