These last few weeks of the church year before Advent begins have brought us three great stories from Matthew's gospel.  Before we begin the time of preparation for the coming of Jesus we celebrate at Christmas, these stories direct our attention to the return of "The Son of Man" and what will happen.  Yes, it's time to talk about judgement.

First, we heard the Parable of the Wise and Foolish Bridesmaids (Matthew 25:1-13).  Awaiting the arrival of the bride groom, five bridesmaids had enough oil for their lamps and five did not.  When the groom arrives in the dead of night, those who were not prepared with enough oil had to go and find some and were shut out of the wedding feast.  "Be prepared," it says, or else.

That "or else" was the part that I said bothered me.  I suggested, instead, that the preparedness we needed was in being open to receiving Jesus in our hearts, not just at the end, but in every little moment that Jesus tries to break into our lives every day.  That may be with lamps lit and the door open or it may be sitting in the dark waiting for the coming of the light, I said.

That's followed by the Parable of the Talents (Matthew 25:14-30).  A rich man, going on a journey, entrusts his fortune to three servants.  To the first, he gives five talents (in the first century, a "talent" was a very large amount of money), the second gets three and the third, only a single talent.  When he returns, each of the first two has doubled the amount they were given (presumably through wise use and investment).  But the third, fearful of what the master would do if he lost it, simply buried it in the ground for safe keeping.  He returned a single talent.  The master rewarded the first two and the third was cast "into the outer darkness, where there will be weeping and gnashing of teeth" (Matt. 25:30).

This parable, I suggested speaks in a variety of ways, but chiefly we've tended to use it as a stewardship story.  Whatever kind of talent it is (money or skills), we should invest it wisely in building up the kingdom of God here on earth.  Another interpretation flips that and suggests that the third servant is Jesus, the one who stands up to the expectations and actions of an unjust society and loses his life for it.  Either way, I think, whether you engage your talents to build up or to challenge, you do so with an element of risk and risk is required for living.  The key thing is what Jesus so frequently reminds us: don't be afraid.  Don't be afraid because God is always with us.  Knowing the presence of God overcomes our fear and strengthens us to do what is right.

And now, in Matthew 25:31-46, it's the final judgement.  When it happens, it'll be like a shepherd separating the sheep from the goats.  The sheep are the ones who saw that "I was hungry and you gave me food, I was thirsty and you gave me something to drink, I was a stranger and you welcomed me, I was naked and you gave me clothing, I was sick and you took care of me, I was in prison and you visited me" (Matt. 25:35-36).  When the sheep ask when they did this - because they didn't know - the answer is "just as you did it to one of the least of these … you did it to me" (Matt. 25:40).  The goats are the ones who didn't do it.  They didn't know that they weren't doing it, mind you, because they didn't know that caring for "the least of these" was caring for Jesus.  They goats get eternal punishment, the sheep get eternal life. 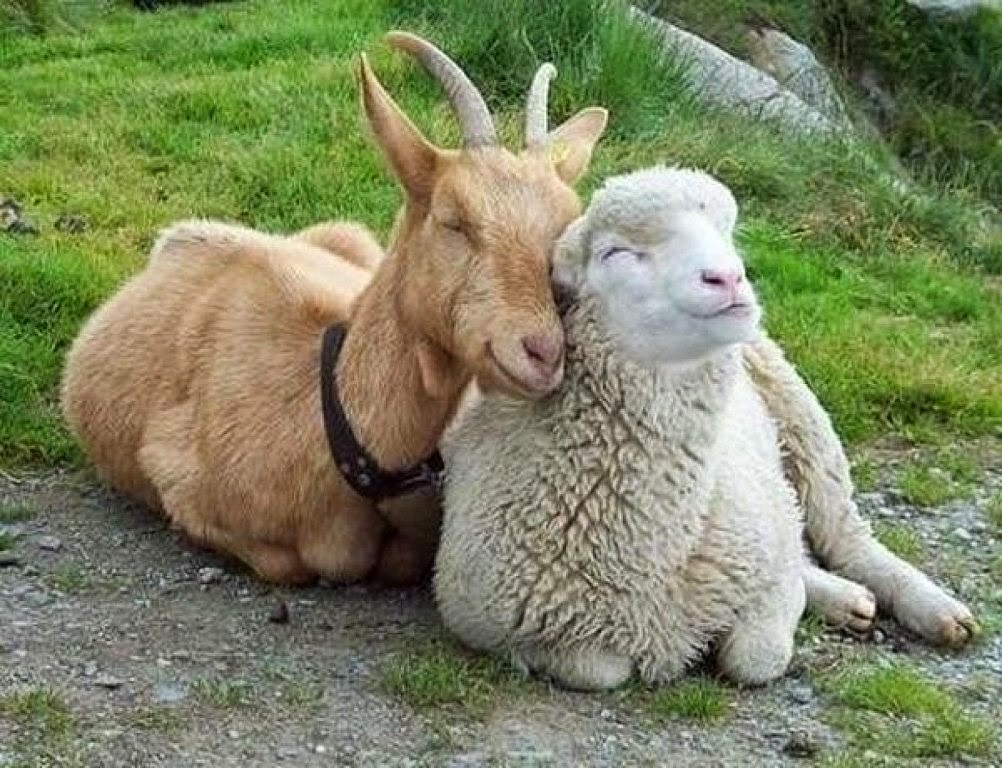 So let me tell you three things I believe about this judgement thing.  The first two are related and are pretty practical, the third connects this "Last Judgement" story to the two before it.

First, you don't get to judge.  I'm not talking about those moments when you judge that this burger is the best you've ever tasted, this is the best movie you've ever seen, that colour's not good on that person or your hockey team didn't play well.  I mean the Big Judgement that happens at the end.  The judgement in this story.

You don't get to judge.  Neither does your neighbour, your friend or enemy, this country or that country, this religion or that religion, governments, bishops or popes.  Because God judges.  Only God.

Second, that's great news.  Because God is God of grace and love and compassion and forgiveness.  God is not a practical shepherd or a tyrannical rich master or even a bridegroom with no regard for those who are waiting.  God is God.

Third, I believe these stories are connected.  Notice that neither the sheep or the goats knew the connection between "the Son of Man" and "the least of these?"  I think the action of the sheep came from the heart.  They shared themselves and their gifts with others because they were moved to do so by the spirit within them.  And they were moved to do so because they were prepared to receive the love of God when they experienced it, prepared to receive it and to live it out.

That's how this string of stories are related.  Whether you believe in that Final Judgement or simply that God welcomes all of us (all of us!) home with open arms - that's a discussion for another time, perhaps - we are not just good acts, nor are we judged to be good by those acts.  Our actions come from our hearts and when those hearts know the presence of God and the love of Jesus, the Spirit moves us to acts of love and compassion and grace.
Posted by RevRob at 22:16 No comments:

I have a little anxiety, sometimes, about understanding parables in the gospels.  Interpreting them isn't always obvious - obviously - and the subtleties and nuances of the stories often allow for a variety of ways in which they can speak to us.  Our own personal context is a factor, too.

But that's all good because, ultimately, how The Word speaks to us will be true if we listen for what is true.

That's all by way of saying that sometimes I think we have to allow for the presence of variety, even if we are hearing only one voice today.

The Parable of the Talents (Matthew 25:14-30) has many voices.  It's the story of a man, going on a journey, who entrusts his wealth to three servants, each, it says, according to their ability.  So he gives them "talents," a measured weight of gold or silver: to the first he gives five talents, the second gets two and the third, one.  When he returns, the first two have used their talents to double the amount they were given and are congratulated by the man.  The third, however, was afraid of what the man would do if he lost it, so he buried it in a field.  He returned only the single talent he was given.  The man was angry at the third servant and, after rewarding the first two, cast the third one out "into the outer darkness, where there will be weeping and gnashing of teeth."  Yikes.

Churches have often used this parable as a stewardship story: we have talents - both money and, literally, talents - that we should invest in the work of the church.  Why, yes you do and you should.  But others might flip things and suggest that the third servant is Jesus, the one who stands up to the expectations of a greedy, wealth dominated society and looses his life.  Fair enough.  And there's more, so much more in this parable.  Read it and see how it speaks to you.

Today, the voice I'm hearing is the one that says "don't be afraid."

At the heart of this parable I find risk.  And I'm reminded of how frequently Jesus said "don't be afraid."  Whether you engage your talents to build up or to challenge, you do so with an element of risk and risk is required for living.

Look at the behaviours in the story for a moment.  In the first interpretation, the third servant is afraid of the master and his fear paralyzes him.  The others have no fear and are willing to take risks and, as a result, gain.  In the second, one might consider that the third servant names the wrong behaviour of the master, that's emulated by the other servants, and is punished.  The other servants, however, may not simply be copying the master, they may only be doing what was expected of them, fearful of doing anything different.

But the very idea of the "talents" inspires me to want to go so much deeper than just behaviour.  To the average person hearing Jesus speak, even a single talent was a lifetime's worth of work.  So maybe we're talking about something of more value than money or things.

Our behaviours will sometimes fail us, risks will not always be successful, but God will always be with us.  That belief is sustaining, life giving, risk following and fear defeating.  Jesus so frequently reminds us to not be afraid because it is the presence of fear that puts us in the "outer darkness, where there will be weeping and gnashing of teeth." 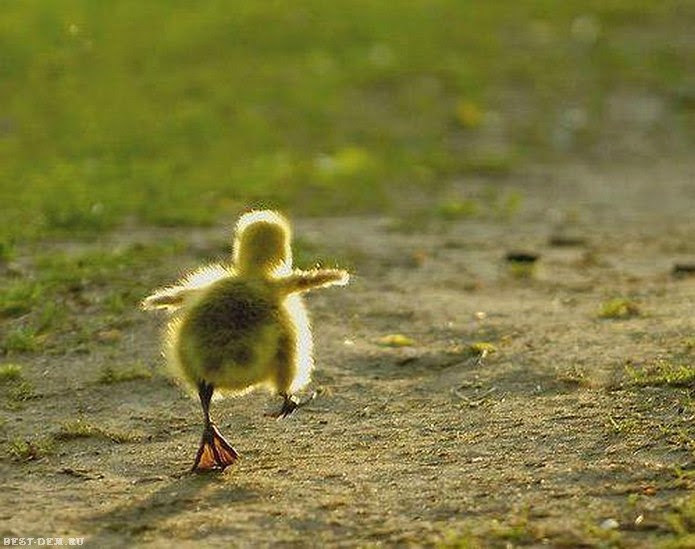 This isn't about behaviour, it's about something deeper.  It's about our relationship with God and how we take Jesus' teaching to heart.  True transformation doesn't come from changed behaviour, it comes from going into the depths of ourselves and finding God there, present in our lives.  And with God's presence, we are not afraid to live out what Jesus teaches us, from heart into action, fearlessly risking new life.
Posted by RevRob at 15:14 No comments: