Come to the Manger

We had a Christmas Pageant.  It was Great.

We have one every year.  Some years it's a rehearsed, scripted play with sets and costumes and some years it's more informal, more a series of tableaus with narration.  The kind with kids in bathrobes with towels on their heads and angels wearing bedsheets that may be white or might have a lovely floral pattern.  You know what I mean.

This year, we called it The World's Greatest Christmas Pageant - and it was.  It was "the world's greatest" because everyone could be in it, and you being in it made it great.  The point was for everyone to be "in" the story.  You could be whomever you want to be and you could bring your own costume or wear some of the things we had available. 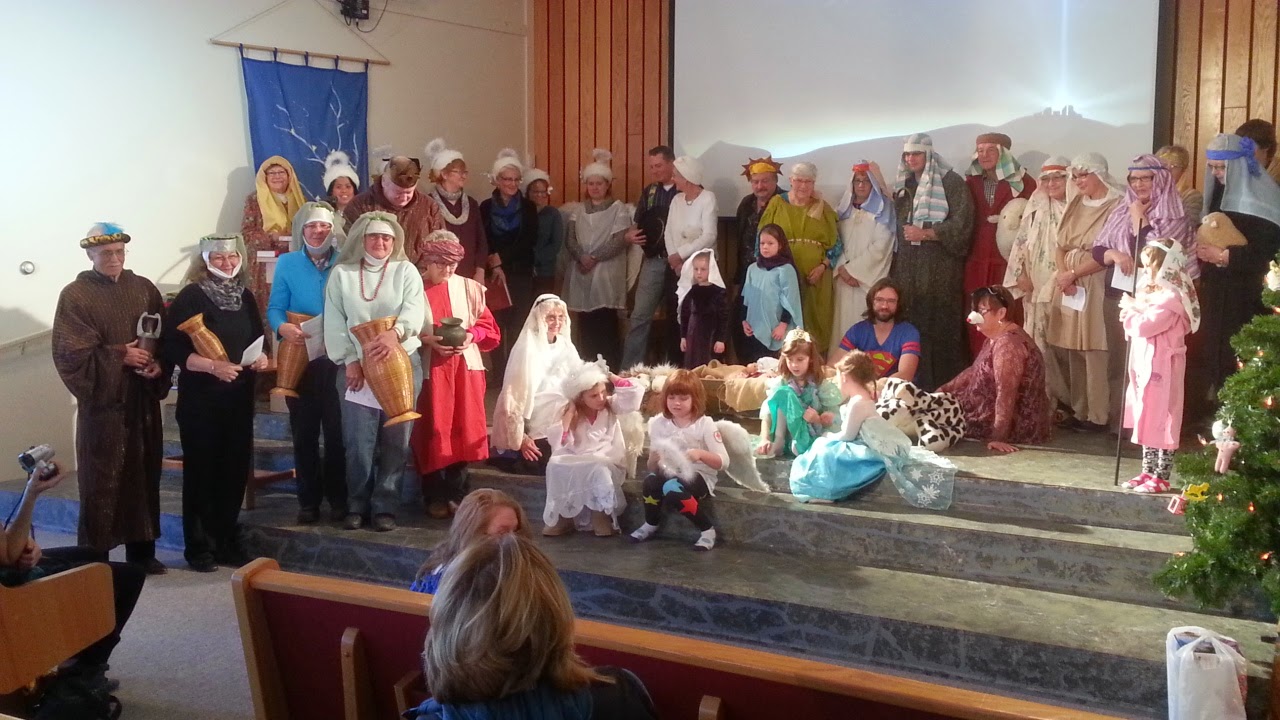 To be honest, I was hoping for a Ninja Turtle or a dinosaur or Batman, just to shake things up a bit.  There were a couple of John Deere flavoured outfits and a superman t-shirt, though.  And a very dapper looking Jesus.

Being who you wanted to be in the story, I said, was an opportunity to wonder a little about how we, ourselves come to the manger.  Do we run headlong to the manger or do we sometimes hold back, reluctant to come?  Are we shy or are there things between us and Jesus?  Do we dress ourselves up?  Do we dress Jesus up?

Yes we do, of course.  We have traditions and decorations and rituals.  We have ways that we interpret things and ideas about how they should look and sound and feel.  The more important question is, do they bring us closer to Jesus or just add another layer of stuff that keeps us at a comfortable distance?

Well, I don't have an answer for you.  Only you do.  If you're wondering about "meaning" at Christmas time, you might want to take a moment to wonder about the heart of this story we tell in so many ways: that God - the creator of things, the life of things, or by whatever means or name you know God - became the smallest, weakest, most vulnerable of us in order to be with us and have the opportunity to know us and be known to us as one of us.

Our pageant had many angels (perhaps not a host, but many), many shepherds, quite a few magi (more than three), a couple of Marys and Josephs, an Elizabeth and a Zechariah, sheep (live - in costume, that is - and stuffed), a kitten instead of a donkey (the Marys walked, obviously), a lion, a couple of stuffed cows and two Jesuses, one real.

At the end of our pageant, when everyone returned to their seats, the baby Jesus "lay asleep on the hay."  Well, it was cloth, actually.  And he wasn't wrapped in swaddling clothes, he was well dressed in a fancy vest and pants.  And the stable was a nice warm church and the light wasn't a star, it was a soft floodlight.

I know you.  I wonder if that isn't where the story wants to take us, that we might come to know God better, not to fear, but to love; not to possess, but to share; not to hurt with, but to care for.  That would be a good Christmas.
Posted by RevRob at 21:58 No comments: