A different kind of amazement

That's Jesus, saying that.  Usually it's the disciples or the people or us who are amazed.  You'd think Jesus would be pretty hard to amaze.  And yet, the people of his hometown managed to do it.

As we continue our way through Mark this week, Jesus has been preaching, teaching and healing and now finds himself travelling back to his home.  As we might expect, he's greeted with great celebration and enthusiastic support, everyone hanging on his every word, shouting "hosanna, thank goodness Jesus is here!"

No. Not at all.  That comes later, from complete strangers.

No, Jesus may have been welcomed home as the young carpenter they knew who lived down the street, but that's all they were prepared to welcome.  That Jesus might be more than what they think they knew, and have things to say that maybe they weren't willing to hear, that was a problem "and they took offense at him" (Mark 6:3).

How easy it is for us to ignore voices when we've already determined their value.  Or, for that matter, hear voices whose value is assumed.  Even when we're willing to listen, our ability to engage and discern is already having to deal with source, context and our own personal viewpoint.  In other words, who's talking, what they're saying and what we already think we know.

It's no wonder Jesus is amazed.  He probably thought that these are people who know me - who would be more likely to hear what I have to say?  Turns out, they didn't really know him at all.

So that's Thing 1 here: it's relational.  That's one of the cornerstones of Jesus' teaching, that we are all related and the building up of relationships that are right and true means being able to talk and be heard, without assumptions based on some of the labels we use, like gender or race, culture or religion, name or social status.   The world isn't coming to an end because we're beginning to recognize the diversity of gender identity, or the equality - true equality - of race and social status, or the variety of ways to find God, it's just changing.  And the only way to discover if change is good is to engage it and be part of it. 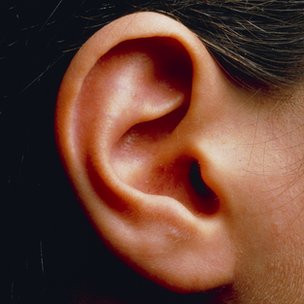 Thing 2 is openness to hearing what others have to say and respecting it, even when disagreeing with it.  I don't recall anywhere in the Bible that Jesus says "you must agree with me" or "don't think about it, just do as I say."  We have choices, we're encouraged to make choices and we're encouraged to make them with wisdom, honesty and sincerity.  I think that's a pretty fundamental cornerstone of Jesus, too, that we should live right and true, not just do as we're told by others who claim authority.

That kind of openness requires Thing 3 (sorry Dr. Seuss, there's a Thing 3): that we must get past assuming that we already know better.  We are always learning and we can never know all.  It's how we grow.  I'm not suggesting we should always be second guessing ourselves, but rather that we always be adding to our wisdom, expanding our understanding.  The late Stephen Covey (of Seven Habits of Highly Effective People fame) wrote that “most people do not listen with the intent to understand; they listen with the intent to reply.”  I'm pretty sure that would describe the crowd Jesus was talking to in his hometown.

I'm pretty sure, also, that more than a few people might already be working up the reply of "that's all very nice, but it's unrealistic to think we can get past these essential human frailties" and seek to know each other, hear each other and understand each other in the utopian manner I'm suggesting.

But I don't think it's about achieving perfection.  Not in this life, anyway.  It's an ideal to live towards, respecting our own human weaknesses and frailties.  Imagine how amazed Jesus would be if we all started working on knowing each other, hearing each other and growing in understanding with each other.  I don't think Jesus is waiting for us to get it perfect.  I think he's waiting for us to get started.
Posted by RevRob at 23:17 No comments: