I spent the day of the Alberta provincial election in Saskatchewan.  Don't worry, I voted in the advance poll.  As I was driving back the next day, I approached the border with some trepidation.  From all that I'd read on social media, I was expecting there to be a great chasm at the border and, beyond it, "a barren wasteland, riddled with fire and ash and dust.  The very air you breathe is a poisonous fume."  (That's Boromir's description of Mordor, from the Lord of the Rings, by the way.)

Of course, it wasn't.  In fact, the road got a little better and there was a little more traffic - not rushing out of the province, either, as I was expecting - and things were pretty much as they were the day before.  Yes, time will tell.  But shouldn't we give a little time?  So we can tell?  We're all people, after all, people who we hope are doing their best and, whoever we all voted for, maybe we should give these people a chance.

Lately, I've heard more than a few people worried, in a similar way, about the future of the church, the United Church, specifically, but I think this applies more generally, too.  There are some ideas being proposed that are pretty radical and different, some of which require us to put more trust in ordinary people, different people than before, people that might be different from us.

I think that ought to be cause for hope, for confidence in an exciting future full of possibility.  But I'm getting the impression that lots of people don't feel that way.

That's fair, I guess.  We hold fast to what we know, what's familiar, that we feel has been working for us.  But sometimes, the community as a whole might need to move in another direction.  The community as a whole, of course, means recognizing all the community, even - especially - the parts we find hardest to engage.  You know, people we think of us "them," whatever "them" might be.

That's not new.  The Book of Acts in the Bible records the story of the earliest days of the followers of Jesus becoming the early church.  It includes the story of Pentecost, the conversion of Paul, the spread of the Good News of Jesus and a dream.

The early church was not without challenges and an initial one was the need for all followers of Jesus to be Jews and adhere to the Jewish law.  In other words, you had to be one of us before you could be one of us.  But Peter had a dream.  In it, Peter saw all the animals of the earth and a voice told him he could eat any of them.  Peter said no because some were ritually unclean by Jewish law.  But the voice said "what God has made clean, you must not call profane."  Peter didn't understand at first, but some people appeared and asked him to come and talk to a man named Cornelius.  He wasn't Jewish, but he'd had a vision of an angel telling him to call Peter and hear what he has to say.  When Peter meets him and hears his story, he realizes the meaning of the dream: the message of Jesus is for all, Jews and Gentiles alike.  As he's telling them this, "the circumcised believers who had come with Peter were astounded that the gift of the Holy Spirit had been poured out even on the Gentiles" (Acts 10:45).  Peter knew that the love of Jesus was for all.  All. 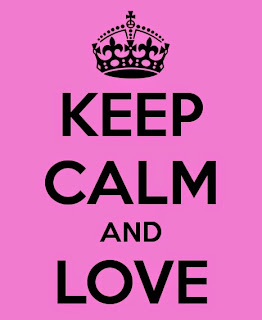 I have those dreams, too, and I bet many others do.  I also dream that one day we'll understand that unity and uniformity are not the same thing and that a world built on the uniquenesses of many is vastly more colourful, exciting and joyful than one of conformity and barren sameness.  And I dream that we won't be afraid of that or fear the change that comes with it or, most especially, that we won't fear those who bring the change.

Don't get me wrong, I'm not saying that it's all going to be good or easy, nor that we should just let things go unchallenged when they need to be.  We should be part of it, engage it, learn from it and with it, and grow together.

I love the image of the vine that Jesus shares in the Gospel of John (15:1-8).  Jesus says that he is the vine, God is the vine grower and we are the branches.   It's multilayered and not without it's challenges, but to me, that just reminds me of how vines work: long stems, busy tendrils, clingy roots, dense leaves.  It speaks to a relationship, a connectedness that is deeply rooted, nurturing and mutually beneficial.  Health and wholeness in this image is a dense, complicated, bushy plant.

At least, that's how I imagine it.  I'm not much of a gardner (not at all, even - I have a "black thumb") and I wouldn't really know what to do with a vine.  I know that when I prune the lilac bushes and fruit trees around our house, my wife usually reacts with horror and disappointment that I "killed" them.  To be fair, it sure looks like it, too, but they seem to survive and occasionally thrive.  Probably luck, though, because I don't really know what I'm doing.

I wonder if "pruning" isn't in those moments when we are challenged by life and, with God's loving presence, Jesus' living example and the Spirit's inspiration, we learn to grow and live past the challenge.  God knows us and God's love and grace is for us, helping us to know where to cut or graft, tie up, let go or reshape.  Remembering that God is the life gardener might also help us to better understand that our role, as branches, is about relationship with others, not judgement of others.  You and I don't get to "prune" others off the vine: we get to grow with them, because the vine is the living example of the love which is at the heart of our own living.

The message of Jesus is about love and grace.  And we can talk, teach, sing and preach about it as much as we want, but Jesus' message is "do."  Health and wholeness comes with doing the life of Jesus, not talking about it or telling others how they should do it.  Doing Jesus means being vulnerable in offering love and receiving love, remembering that God is with us when it's time to prune, just as much as in the sun and rain, the warm weather and gentle breezes.

See, it's a great image to explore the relational nature of our existence, our connectedness in community, our complex, intimate living together in creation.

And we so often stop right there.  It's just about the relationship or the system or the structure.  But it's not, it's about fruit.

The fruit is the gift of the vine beyond itself, the thing it offers to the world.  The individual benefits to the branches and the vine, the things we gain by being in relationship with each other and Jesus, these are part of the nurture of the vine.  The fruit doesn't feed the vine, the fruit feeds the world of which the vine is a part. 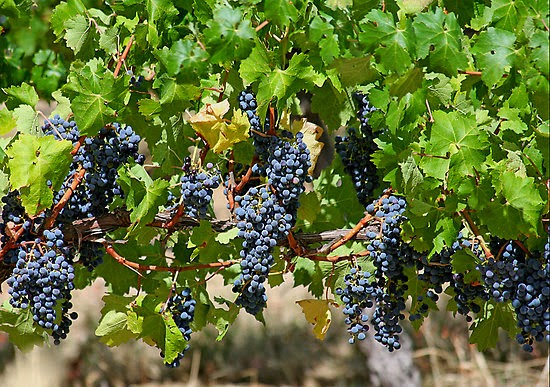 All communities of faith should see in this image that the goal of the very community they build is beyond itself: it's to be fruitful in ways that feed all.  Perhaps the first two questions we ask ourselves should be "where is the journey taking us today" and "how can we be fruitful as we travel that journey?"

So what fruit is your vine offering the world?
Posted by RevRob at 21:01 No comments: