On the road with Jesus

I've been reading a lot this week.  Too much, maybe.  Books with titles like Christianity After Religion, Christianity for the Rest of Us, The Great Emergence and The Future of Faith.  If the titles don't give away a theme, the subtitle of The Great Emergence certainly does: How Christianity is changing and why.  Another one is even more specific: The end of the church and the birth of a new spiritual awakening.  I want to say that they've all been inspiring, in their own way, but I'm not sure yet.

In the middle of all that, I picked up a little book called Epic by John Eldridge.  It's a little (just over 100 pages) reminder that we live in story and, more importantly, that we're part of a bigger story that began long before us and will go on long after us.

And I read the gospel for this week where Luke begins the story of Jesus journey to the cross, "when the days drew near for him to be taken up, he set his face to go to Jerusalem" (Luke 9:51). 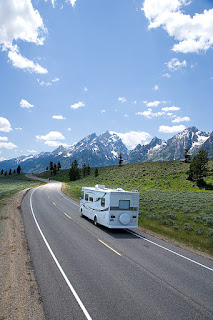 The journey with Jesus begins with a series of examples of commitment (or lack there of).  First, he is rejected by some Samaritans, so his disciples ask if they should "command fire to come down from heaven and consume them?"  Of course not, Jesus says, and moves on.  Then they meet someone who wants to follow wherever Jesus is going, to which Jesus replies “foxes have holes, and birds of the air have nests; but the Son of Man has nowhere to lay his head.”  He calls another who wants to first bury his father and Jesus replies "let the dead bury their own dead."  Yet another wants to say goodbye to his family first and Jesus replies that “no one who puts a hand to the plow and looks back is fit for the kingdom of God.”

Wow, really positive building skills there, Jesus.  It almost seems like Jesus doesn't want people to follow him on this journey.
To be fair, there's more to those exchanges that a more complete study would reveal.  But they all illuminate aspects of the journey that we might keep in mind when we think about the church, whether we're a church-goer or not.

To begin with, we're on a journey.  The first and last verses of this short passage remind us that Jesus steps forward and doesn't look back.  It's not easy, but maybe there's a time we should do that, too.  It's may sound trite, but learning from the past and living in the past aren't the same thing.

There's no place for being vindictive to others who think differently, go their own way or, even, reject Jesus.  It's not easy, but even if we can't share what others think or feel, we shouldn't let  fear or anger lead us to attacking it.  Living what's true and coercing others isn't the same thing.

Did I mention it's a journey?  Following Jesus entails more than just the practical, finite trip to Jerusalem.  It means living a life in which the teaching of Jesus, "the way," is the way of living.  It's not easy, but that means some structures will change, that we may need to let go of what is dead in order to find new life, that we may find that no matter how hard we try to hold on to each moment, there will be another one right away.  It's a journey, after all, and putting up walls and having a home just isn't the same thing.

Maybe that's part of what we need to remember when we think of being the church.  First of all, it's not easy.  And it shouldn't be: it's life.  Second, wouldn't we travel together better if we shared more, knew each other better and could respect each other?  And third, it's a journey.  We are always going somewhere.  Instead of a house of worship, maybe we should be an RV of life.
Posted by RevRob at 13:37 No comments: