It would be a miracle 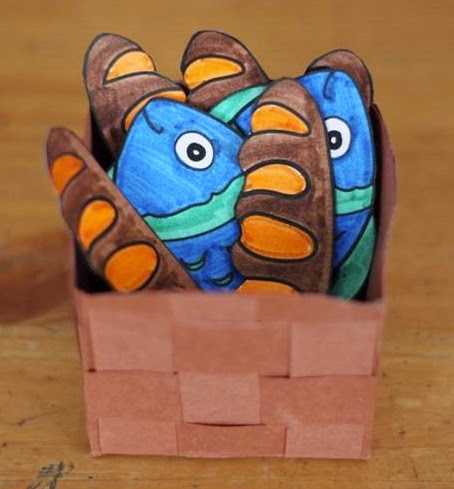 At the end of the day, it doesn't matter to me if you believe the miracle is that Jesus made five loaves and two fishes turn into enough food to feed everyone.  Or if you believe the real miracle is that Jesus, showing the generosity of sharing all that was available, inspired others to do so as well, thereby providing for all.  Both of these are really miracles, truly they are.

So is the story about the one or the many?  The story can be about one who gives extravagantly to many.  Or it could be about one who, in a show of selfless generosity, empowers many to do the same.  Either way, a miracle is accomplished:  "all ate and were filled" (Matt.14:20).

I'm wondering if this might then speak to our understanding of "charity."  Do we give because it's about us, as individuals or communities, simply giving to others or is it about us, as individuals or communities, giving to empower others do the same?  One would certainly alleviate a specific situation or moment, but the other could make transformation happen.

Here's where this bible story and today's news are intersecting for me.  Recently, the Canadian Revenue Agency required the international aid organization Oxfam change their mission statement.  According to CTV news, "Agency officials informed Oxfam that 'preventing poverty' was not an acceptable goal.  'Relieving poverty is charitable, but preventing it is not,' the group was warned.  'Preventing poverty could mean providing for a class of beneficiaries that are not poor.'"

I'm sure that I'm not smart enough to understand the real linguistic wrangling here, but what it says to me is that charity's okay if it's simply giving stuff to people, but if you're actually trying to change their lives, that's not okay, in fact it's not charity.

I think this bible story says something different.  I think charity is the compassion, love and care that we share that engages, supports and encourages others to change their lives.  It transforms the world from one where many are hungry to one where all are fed.

Key to that is seeing charity as an act of engagement, not simply a donation of money or resources.  Give to a charity because you know where and how it's being used to change lives.  I don't mean you have to go there in person, necessarily - Jesus entrusted the distribution of the loaves and fishes to the disciples, after all - just be discerning.  And when that charity is closer to home, share you as much as the resources you have.

I suppose the CRA's got a point.  There's a chance that people who aren't poor (however we define that) might take advantage of the situation to ensure that they're never poor.  Guess we would have to be discerning about that.  But if we understand charity as something that connects people, builds community and changes lives, that makes a better world, doesn't it?  And a world like that is less likely to take advantage and more likely to give it.
Posted by RevRob at 05:18 2 comments: