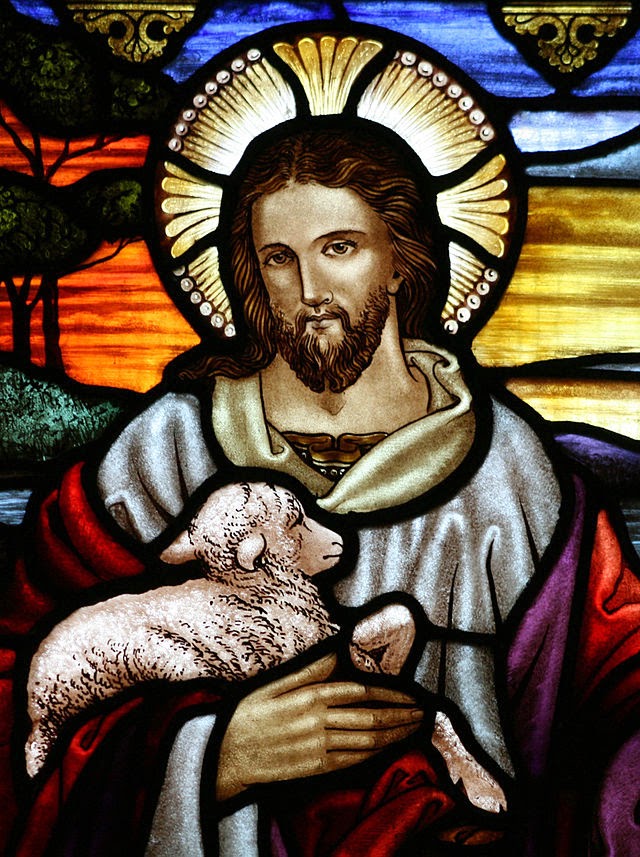 I grew up with the stained glass Jesus.

You probably know what I mean.  The Jesus that appeared in old stained glass windows.  The benign and benevolent Jesus, unsmiling, but still kindly, the very essence of divine perfectness.  The Jesus that goes so well with soaring arches, high ceilings, polished wood and tall spires.

There's nothing wrong with that Jesus, by the way.  I love that Jesus.  He speaks to me.

But I also love the very human Jesus who I think laughed and played, probably told a joke or two, smiled a lot and wasn't always perfect.  The Jesus that goes well with the world we live in, down to earth, rough and unpolished, flawed and conflicted.

I love that Jesus, too.  He speaks to me.

This is the Jesus in Matthew 15:21-28 who tries his best to ignore a Canaanite woman pleading for help, and then, when he can't ignore her anymore, he informs her that he's not really here for her anyway, he's here for the lost sheep of Israel: "it is not fair to take the children’s food and throw it to the dogs" (Matt. 15:26).  That's right, he calls her people "dogs."  Nice.  Apparently short-tempered and exclusive, this Jesus doesn't seem to want to have anything to do with her.  Until she points out that even the dogs get crumbs from their master's table.  All she wants is what might be a "crumb" to Jesus, the healing of her daughter.  Jesus acknowledges her faith and heals her daughter.

There's a funny sketch by the British comedy duo Mitchell and Webb in which they recreate the story of Jesus telling the parable of the Good Samaritan.  Except, in their version, when Jesus suggests the unlikely occurrence of a Samaritan helping a Jew, his audience calls him on the stereotype.  They know some very nice Samaritans, they say, some even vacation in Samaria and have a great time.  Some of them are lovely people, one man says, and challenges the "inherent racism" of the story.  (Watch it here.)

It's an interesting idea, isn't it?  In this story, Jesus seems to dismiss the woman for the same reason.  He rejects her because she's not a Jew.

Well, there's a variety of possible explanations, of course.  One might connect this vignette with the story before it in which Jesus challenges the pharisees' criticism of the disciples not observing the appropriate cleanliness rituals.  It's not what goes into your mouth that defiles you, but the words that come out of it, he says.  "What comes out of the mouth proceeds from the heart, and this is what defiles.  For out of the heart come evil intentions, murder, adultery, fornication, theft, false witness, slander" (Matt. 15:18-19).  And then he demonstrates that by cruelly rejecting this woman's pleas.

Or there's the context of who's hearing the story: Jews who need to be brought to understand, as Jesus appears to be, that the kingdom of heaven is for Jews and non-Jews.

Or perhaps it's just a suggestion of the frailty of the human form that Jesus has taken.  The crowds have followed him everywhere, the pharisees challenge and test him, there are so many sick to heal.  And there are the prejudices and traditions he grew up with as "a good and faithful Jew."  If Jesus can learn and grow, then so can we, can't we?

But it's worth taking a moment to wonder, not at the faith of the woman Jesus praises in the end, but at the initial response of Jesus, rejecting her faith because of who or what she was.  How often do we do that and how often are we unaware that we're doing it?  Most importantly, how often do we exclude others knowingly and think we can justify it somehow?  With God, we are all "one of us."
Posted by RevRob at 13:25 1 comment: