How do you know who to listen to?

It seems a simple enough question.  Jesus is approached by a group of people who are clearly not his followers - quite the opposite - and they ask him “look, how long do we have to wait for you to just come out and say it?  Are you or are you not the Messiah?”  Jesus replies that he has told them, in everything he does and says.  They just don’t hear it.  And because he’s been telling them that he’s like the gate for the sheepfold and that he’s the Good Shepherd, he says it like this: “you do not belong to my sheep.  My sheep hear my voice.  I know them, and they follow me” (John 10:26-27).

Um, nope.  Still don’t get it.  The Good Shepherd might be an endearing image to us, but not them, not in that moment.  In fact, Jesus goes on to say that “the Father and I are one” (John 10:30) and they pick up stones and get ready to stone him for blasphemy.  But Jesus argues that if he is doing God’s work, they should believe in him.  At the very least, they should believe in the things he’s doing as being God’s work and that way, they would come to believe in him as the Messiah.

Um, nope.  Still don’t get it.  And the author of John says that he escapes before they can arrest him (John 10:39).  At least they didn’t stone him, I guess.

The thing is, I think we could be a little more sympathetic to this “just don’t get it” crowd.  After all, we’re often in it.

The weeks after Easter are full of stories about doubt and questions.  And how many times didn’t people recognize the risen Jesus at first?  This story’s a bit of a throw back to the weeks before Jesus’ death, but it still raises that question that everyone wants a clear concise answer for: how do we know you’re who you say you are?  How do we know it’s you, Jesus?

Right.  That’s pretty clear.  But the question then is, how do we know which voice is yours, Jesus?  There are many voices clamouring to be heard and many of them often appear more appealing.  Or familiar or easier or more comfortable.  In that regard, things were not much different then, than now.  And since then, to be fair, those claiming to be your “official representatives” have not always been the best representation of your voice, either, Jesus.  Sometimes quite the opposite, which makes it even harder.  So, really, how do we know?

I would never presume to answer for Jesus.  But here’s what I think.

I think the very first thing that Jesus would say is “stop clenching that rock so hard.”  Just like those questioning Jesus in the story, we listen to react and reply more than to learn and grow.  They were ready to stone Jesus, probably even before he finished speaking, because he answered their question and they didn’t like the answer.  It was contrary to everything they already knew and were conditioned to believe.  It challenged them and disturbed them in ways that moved them to reject it without consideration.

So.  Stop clenching that rock so hard, relax and open your heart and mind.  Open your eyes to truly see what I’m doing, Jesus might say, and experience what I’m doing.  Get to know me better.  That’s something you might want to consider doing with everyone you encounter in life.

When you listen to the clamour of all those voices around you, listen for love and grace.  Not the perfection of it, just the presence of it is enough to begin.  Because love and grace and everything that goes with that - like compassion, care, respect and justice - builds relationships on what is true and that builds real community.  Engage those voices, learn and grow from those voices and build relationships with those voices.  Learn to reply to hate and anger with love.  Reply to selfishness and greed with generosity and sharing, look to serve rather than dominate.  That’s what I’ve been showing you, Jesus might say.  To know those things is to know me, Jesus might say, and to know me is to know God.

In this world, that’s a challenge.  It’s sometimes easier to build walls or avoid relationships altogether.  But that kind of easy and avoidable isn’t life-giving.  It’s a challenge and we can fear challenges.  Embrace them anyway.  If the voice you hear is fear,  know that God is with you.  We have a relationship, remember? 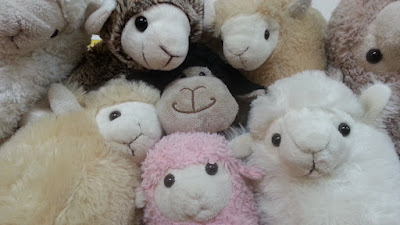